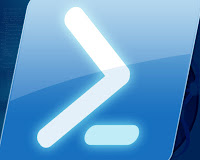 At TechEd North America 2013 Microsoft has shed some light on the upcoming release of Powershell Version 4. The big news is the DSC or Desired State Configuration feature. Though I should just make a few comments about it.

With DSC you can apply a configuration to your servers/datacenter i matter of minutes from powershell. DSC does not have any dependencies of the underlying infrastructure, however it is a tool to configure it. The scope of the DSC can be a server, a collection of servers or other infrastructure items.

How is it delivered?

How do you write it?

You use a declarative syntax to express the state of operating system features. Each feature requires an provider. You can easily write an provider with powershell. I also expect it to be possible to write a provider from Visual Studio. Currently only a few providers exist, however I expect this to change dramatically over the next moths while we wait for the final release of the product.

We expect Powershell V4 to be preinstalled on Windows Server 2012 R2 and Windows 8.1. It is also highly likely that the distribution channel for V4 will be the Windows Management Framework. Further it has been an tradition from Microsoft to support the current release of the operating system and 2 back. This way V4 will be supported in Windows server 2008 R2, Windows 7 and Windows 8 if Microsoft decides to follow their tradition. This implies that Windows 2008 servers are falling behind, as is to be expected.

How does DSC work?

Using the declarative syntax powershell compiles your script to a MOF-file. You then apply the MOF to your datacenter/servers. When the target system applies an MOF, it checks to see it has all the modules required by the MOF and apply the configuration described in the MOF. When used in combination with the PULL model, the target will automatically try and download any missing modules/providers, extract it to the correct location and finally run them.

The linux guys has been enjoying this for years with puppet/chef. I am really excited about this as it will be an turning point in how we apply configuration across different scopes of servers. In software development I see a huge potential as your application evolves through the different stages (Development-, test- and production environment).

I will definitely write more when I can get my hands on a preview of 2012 R2.

You can watch a demo here: